Mollusks are affected by ocean acidification which is caused by humans creating carbon dioxide (CO2) by burning fossil fuels and other activities. The emission of carbon dioxide from cars, planes, and burning coal is causing ocean acidification that is hurting some of our animals because the ocean is getting more acidic. One type of animal that is affected by ocean acidification is the mollusk species. Some mollusks have shells and they are dissolving in acidic waters, which is making them more vulnerable to their predators. We have to protect mollusks because they are an important part of the marine ecosystem.

In 2012, National Geographic declared that the world produced the biggest amount yet, at 34.5 billion metric tons, of CO2 from burning fossil fuels and the largest producer was coal.1 The burning of fossil fuels is the first contributor to climate change. The second is deforestation.2 Deforestation is a contributor for several reasons. When trees are cut down, they can not do the photosynthesis process anymore. The trees cannot take in carbon dioxide and produce oxygen. Secondly, carbon dioxide gets released when the trees get burned or logged out by the trucks. Carbon emissions from transportation is another big problem. The

World Bank states that 20% of the world’s carbon emissions are from transportation, such as planes, trains, cars, motorcycles and trucks, etc.3 CO2 is affecting everything, from you to zooplankton, the tiniest animals of the sea. We are dumping CO2 into the air at a rate 24,000,000,000 tons per year and 761 tons per second.4 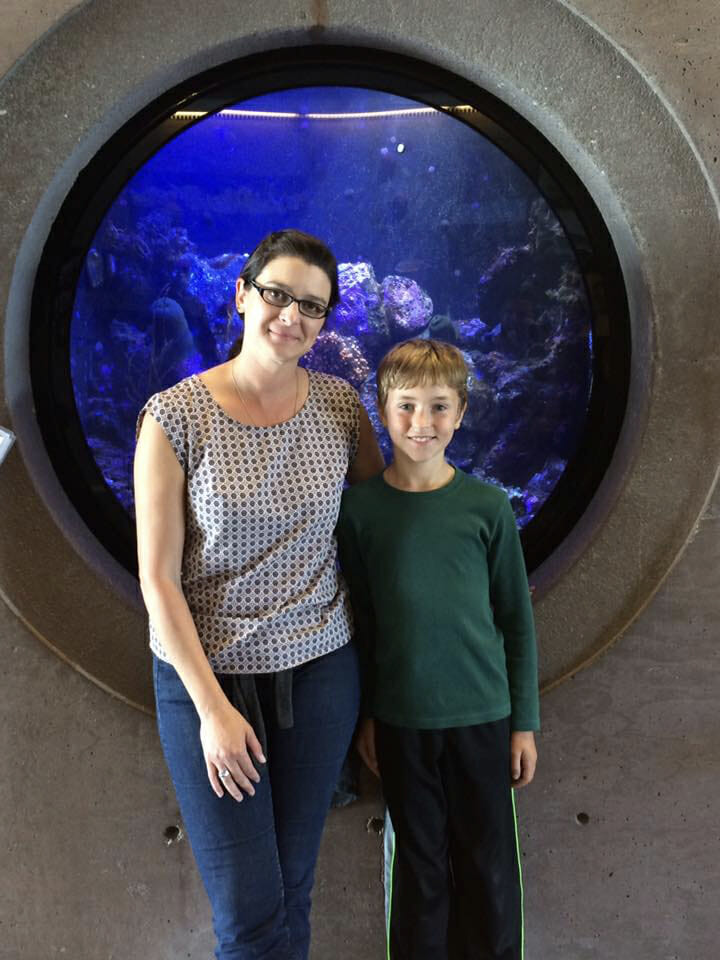 Dr. Tessa Hill at the Bodega Marine Laboratory said, on Science Friday in 2016, “As we put carbon dioxide into the atmosphere through driving our cars or industrial activities, the ocean is a tremendous sponge for that carbon dioxide…it fundamentally changes the chemistry of the ocean. It makes the ocean more acidic.”

Ocean acidification is caused by 30% of man-made CO2 getting absorbed by
the ocean5. A chemical reaction from the chemicals in the ocean and the chemicals coming from the CO2 emissions react to lower the ocean pH causing it be be more acidic. With the acidic water, some of the animals are effected. Some of the animals are mollusks. The mollusk’s shells dissolve because mollusks need calcium

carbonate to form shells. Ocean acidification causes less calcium carbonate to be available and this leads to the shelled-mollusks having weak shells. Dr. Hill said, “Shellfish, or corals, or sea urchins, anything with sort of hard parts or shells, as they’re trying to build their shell, they’re pulling building blocks of their shell out of the seawater. And as the seawater becomes more acidic, there are less of those building blocks available. So they have a harder time making their shells.” This makes them vulnerable to predators and the crashing waves.

But why are mollusks important? When they are in their larval stage, or
zooplankton form, they are the base of the marine food web. Whales and other large
ocean creatures feed on zooplankton and phytoplankton, and when they die, they take carbon to the deep ocean. Also, in years when currents change and upwelling doesn’t occur, there is a lack of plankton blooms6. This causes forage fish to move elsewhere or die and then forage fish predators, like penguins and seals can’t feed their young and they starve. Plus if we overfish the zooplankton communities we risk the collapse of the marine ecosystem.

Mollusks, like clams and oysters, in their adult form are food for mammals, birds and fish. They clean the water and make it healthy. They are recyclers of plant and animal waste and a major food source for humans. Always, humans have harvested mollusks for food. Europe, Japan and the United States alone, produce over 1 billion pounds of oyster meat each year.7

The mollusks in our back yard (the ocean) are dying because of ocean acidification. We need to do something to protect them before it is too late.

To help our oceans there are solutions. We can: Carpool,
Reduce airplane travel,
Use solar power or wind power,

Plant trees,
And, reduce deforestation.
You or your family and friends can always contribute.