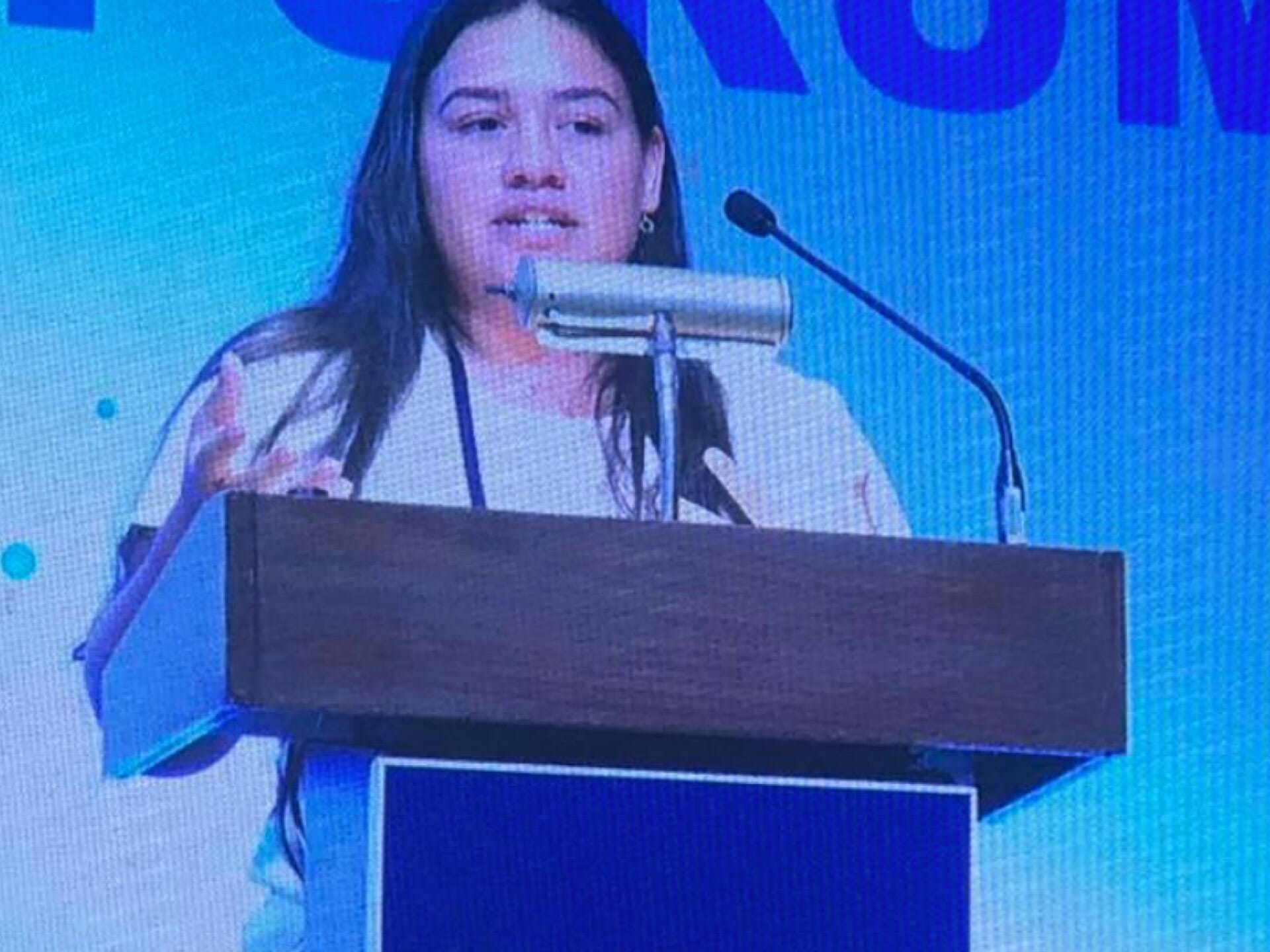 “In October of 2018, I had the amazing opportunity to attend and speak at the 6th APAN Climate Change Adaptation Forum in The Philippines. The Climate Change Adaptation Forum is where policymakers, scientists, donors, youth, and business leaders come together to meet and share their knowledge and experiences in order to work towards coming up with solutions on tackling climate change issues effectively. I was asked by the Climate Change Office in Palau to be part of the Palau delegation and to represent the younger generation and Heirs to Our oceans. On the last day of the forum, I spoke on the 5th Plenary which was called “Oceans: Lifeline for Island Resilience”. I spoke generally about education reform and how to keep youth focused on climate change. I talked about how it was important for students to be learning in their natural environment instead of just staying in a classroom learning from a book. Students should be using their critical thinking skills to solve real-world problems. I then continued to go on about how it is very important that our leaders set a good example. In order for the younger generation to maintain focus and effort on tackling climate change issues we need to see the adults leading by example as well. I ended with a video of Heir Dilluna Rivera talking to parents and adults about the need to change our behavior towards single-use plastic and also showed their short film from H2OO 2017 SEAL as an example of the education reform I was talking about. The forum was a great experience for me and it was an honor to speak about the importance of education reform in front of so many influential people. I learned more about climate change adaptation and the importance of new technology as well as traditional knowledge in being more resilient against climate change. My focus has always been on plastic pollution, but I’m happy and grateful I got to learn more specifically about climate change and what we can do to build our resilience.”