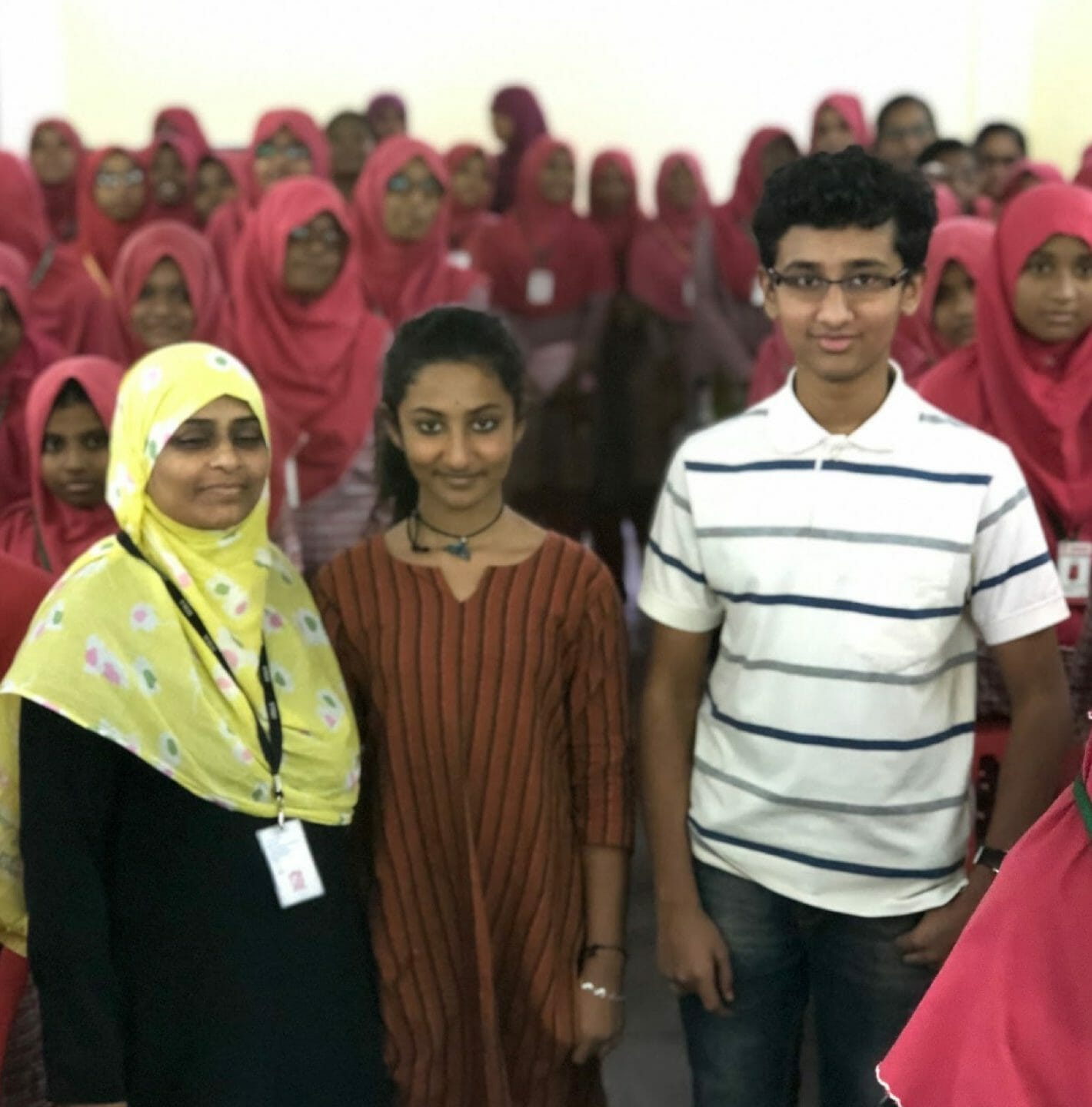 “Last fall I had the opportunity to pursue various Heirs-related activities and work with my fellow Heir and sister Abi in India.  We presented about climate change and ocean pollution to approximately 1500 students at four schools in Chennai. We also had the opportunity to go to Bangalore to the Moving Waters Film Festival where “Polluted Planet”, a documentary I helped make at H2OO SEAL 2018 as a part of an international team of youth, was officially selected and showcased.

We also met with a journalist and activist, Nityanand “Nity” Jayaraman, who shared with us the problems faced by Ennore, a town in North Chennai composed of eight fishing villages right by the Bay of Bengal.  Pollution caused by the nearby power plants caused ill effects on the ecology of Ennore as well as the local fishing communities. Abi and I were inspired to create a short film, “The Ennore of Today,” outlining the environmental problems Ennore faces with an emphasis on the voices of Ennore’s youth.  Our film is being shown at the San Francisco International Film Festival 2019.

The main insight that we gained during our time in India was that these environmental problems are not third-world problems; they exist, albeit less visibly, in “developed” nations such as the United States.  The importance of educating everyone and empowering youth to solve these problems was reiterated for us during our time with the people of India.”